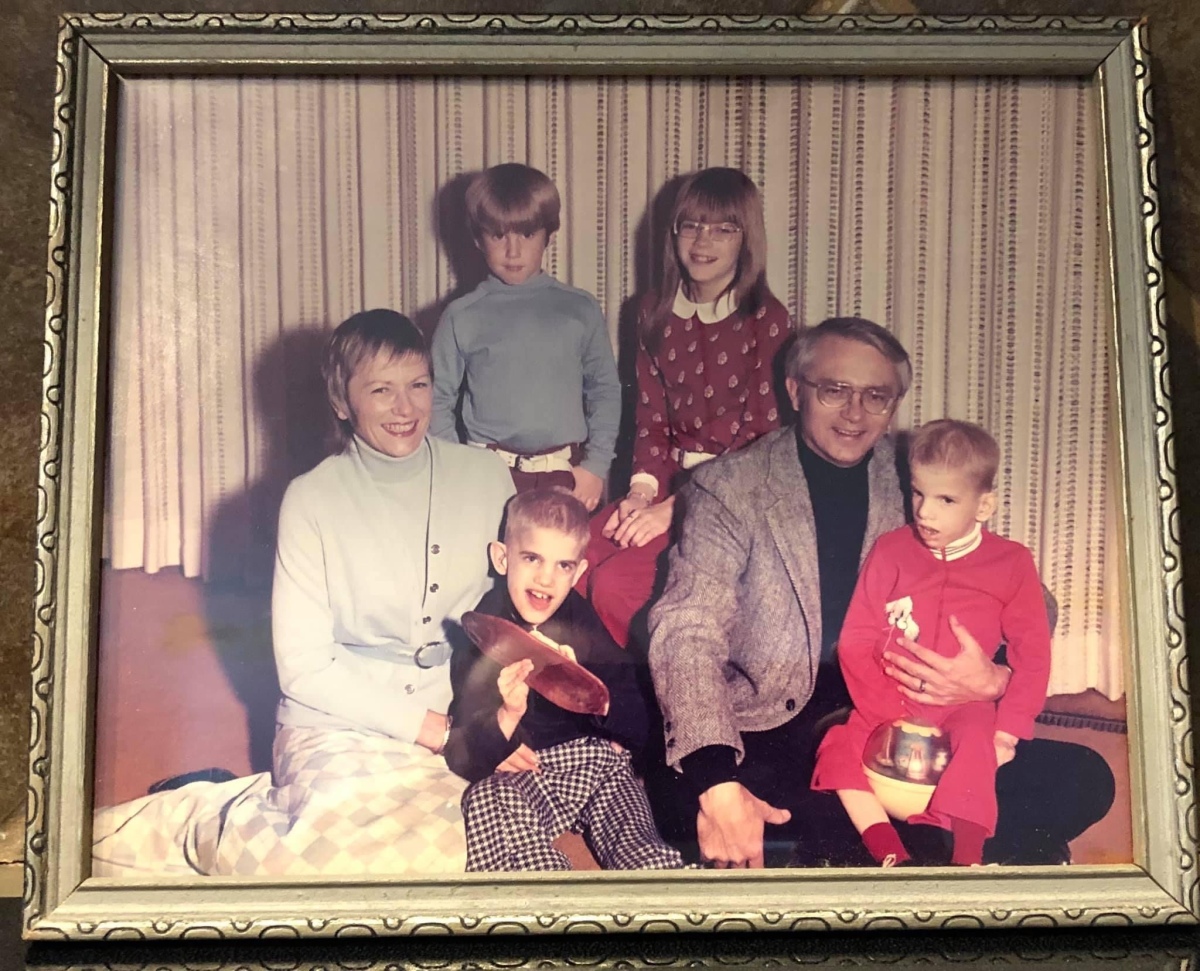 It is late November in the upper plains. This means cooler (cold) weather and shorter days. It also means snow. This morning I woke up to snow on the ground. While I am grateful for the beauty and moisture of the snowfall, this is not the focus of the post today.

My parents made sure my basic needs were met. I never had to worry if there would be enough food or if we would have a home. I have always had an abundance of clothes (even if my parents would t buy the new Nike and instead purchased the Keds knockoff!😜)

After years of parenting through the Great Recession and the pandemic, I realize how challenging it must have been for my parents. Were they perfect? No. Did they make mistakes? Probably. However, they did the best they could with the tools they were given. In my opinion, they did a damn great old job. My faults and flaws are of my own making, not theirs. Unfortunately, my parents have passed and I can’t personally thank them for all they did. Perhaps you can take some time to think about your parents today. Think about the sacrifices they made for you. Did they attend your performances, concerts, recitals, games, and/or conferences? If so, they gave up something to be there. If your parents are still living, give them a call or write a letter. Let them know about the good things they did for you.

And one final thing, nothing screams “I love you” more than 70s fashion. The wide white belt and a turtleneck. Enjoy the picture.

I’ve told this story to close friends but not it distributed widely. It’s possible, only close friends will read this post and that’s okay.

I am not an overly religious person person and not a fan of organized religion. However, I am spiritual and do believe we each have a purpose in this life. Further, I believe there is something after this life which I hope is better.

Over 25 years ago, my father suddenly and unexpectedly passed away. Though his health had been failing for years, his death was shock. No matter the circumstances, you are never ready to lose a family member.

At the time of his death, I was still in the early stages of my professional career and had recently started a new job. Our complicated and sometimes volatile relationship was improving. But now, with his death, our unresolved issues would remain. Further, I was thrust into a familial role I was not prepared to take. My mother looked to me for guidance. I longed for his wisdom, insight and support.

In the months following his death, I would often dream of spending time with him. In my dreams, we were often doing the things we did when he was living or things I wished we had done. In the dreams, there was no sense that we were living in different worlds as we were both alive.

The setting for the dream was in the house my parents were living when my father passed. My mom, sister and I were at the house when I stepped to the garage grab a cigarette and smoke (it was a nasty habit I had at the time).

When I entered the garage, my dad was there. I gave him a big hug. I felt a calm and peace that I have not felt since. In the garage, we talked about a lot of things while smoking. It was amazing. Imagine getting a

chance to spend a few more moments with someone you love after they pass.

At the end of our meeting, I asked him if he wanted to come inside and see my mom and sister. He looked at me and said “They aren’t ready to see me yet.” I was disappointed by his answer as I knew my mom and sister missed my dad as much as I did. I still don’t understand this part of the dream.

If the dream ended here, it would have been an amazing experience. But it didn’t end there. As we said our goodbyes, I asked my dad “When you die, do you get the answers to the questions?” My father looked at me inquisitively. “What do you mean?” he asked. I explained that I have always wanted to know the answers to many of the questions. Some serious and some not. What came first – the chicken or the egg? Is there a god? Will the Vikings ever win a Super Bowl? Once he understood what I was asking, my father looked at me and said, “The answers are within you, always”. And then he was gone.

I’ve spent the last 25+ years wrestling with his statement. Perhaps it means nothing and was just a dream. However, what if my dad was spot on? What if, we always have the answers within us? Does this mean that to have more success, you need a better questions?

One last thing, mark down 2026…that’s when the Vikings will win the Super Bowl.

First, I would like to say how happy and thankful I am that Michigan beat Ohio State yesterday. I truly don’t measure the value of my life based on a sporting event, but it felt good to cheer them on to victory. Pair it with a Minnesota Vikings win over the Green Packers a week ago – GOOD WEEK.

Yesterday I wrote about my gratitude for pictures. They capture moments and trigger memories. The picture attached to this post is of my father at the helm of his sailboat. What strikes me about this picture is the joy and happiness in his face. Clearly sailing was one of his joys. I wonder what he is thinking about in this picture?

However, this is not the father I remember. My father was a strict perfectionist. He demanded a great deal from us. But he never demanded more from us than he demanded of himself. Growing up with him was very stressful. Unfortunately, some of these traits have passed on to me (I am sorry to my family).

That said, my father gave his all for our family. He loved us deeply and was driven by a need to provide for us. He didn’t always express his love in a positive way. He taught me many lessons and played a major role in shaping me into the person I am today. There is no doubt I am a far better person because of my father. I wish he was still here. I could chose to focus on the negative aspects of my father. Today (and hopefully other days going foward), I choose to focus on the positive impact my father had on my life. I am grateful for my father. The good, the bad and the ugly. Take time to grateful for your father today.